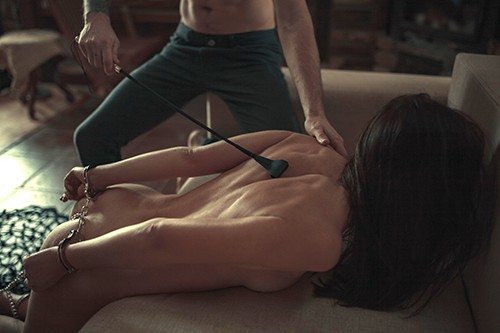 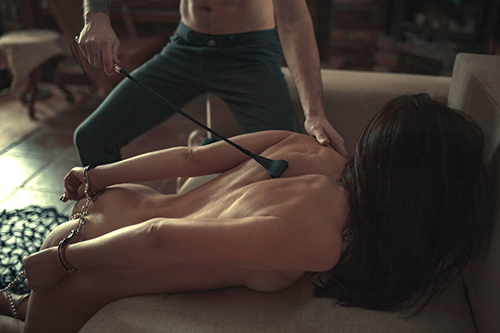 BDSM…four letters lusciously getting more attention lately. So what exactly does this acronym mean?

Masochism: “A term that refers to various forms of play including bondage and discipline, dominance and submission, sadism and masochism.”

For this post, we’ll focus on sadism and masochism, or S/M or S&M as it’s often called.

Individuals who enjoy the act of inflicting pain onto others are known as sadists. Essentially, being sadistic—either sexually or otherwise—is how such individuals obtain heightened levels of pleasure.

Masochism can also be sexual in nature or not, and it refers to individuals who derive pleasure through pain. This suffering may be inflicted upon them by another person—often a sadist—or it may be self-inflicted. These pain lovers are called masochists, and it’s not uncommon for them to also be sadists, as well.

Fun Fact: Writer Sacher Masoch’s novel Venus in Fur and many others feature this sexual predisposition, and the word ‘masochism’ was derived from his name.

So Where Does Sadomasochism Come Into Play?

As a portmanteau of the words sadism and masochism, sadomasochism literally describes one who gets off by both receiving and giving pain. In most cases, sadomasochistic behaviors are almost always sexual in nature.

Life would not be the same without sex. It not only sustains life on the planet but it also brings fun, adventure and intimacy into our lives. It is an …READ MORE

We use cookies on our website to give you the most relevant experience by remembering your preferences and repeat visits. By clicking “Accept”, you consent to the use of ALL the cookies.
Cookie settingsACCEPT
Manage consent

This website uses cookies to improve your experience while you navigate through the website. Out of these, the cookies that are categorized as necessary are stored on your browser as they are essential for the working of basic functionalities of the website. We also use third-party cookies that help us analyze and understand how you use this website. These cookies will be stored in your browser only with your consent. You also have the option to opt-out of these cookies. But opting out of some of these cookies may affect your browsing experience.
Necessary Always Enabled
Necessary cookies are absolutely essential for the website to function properly. These cookies ensure basic functionalities and security features of the website, anonymously.
Functional
Functional cookies help to perform certain functionalities like sharing the content of the website on social media platforms, collect feedbacks, and other third-party features.
Performance
Performance cookies are used to understand and analyze the key performance indexes of the website which helps in delivering a better user experience for the visitors.
Analytics
Analytical cookies are used to understand how visitors interact with the website. These cookies help provide information on metrics the number of visitors, bounce rate, traffic source, etc.
Advertisement
Advertisement cookies are used to provide visitors with relevant ads and marketing campaigns. These cookies track visitors across websites and collect information to provide customized ads.
Others
Other uncategorized cookies are those that are being analyzed and have not been classified into a category as yet.
SAVE & ACCEPT